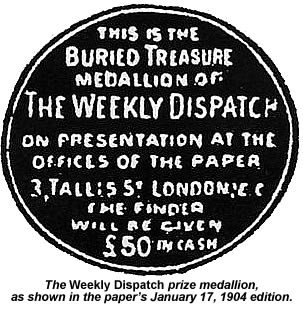 In looking for historical analogies for contemporary forms of mobile based urban gaming both Hjorth (2011) and de Souza e Silva and Sutko (2009) reference the flâneur. The flâneur is a caricature or trope used by several authors from Baudelaire to Benjamin. He is described as embodying a blasé attitude — a wanderer through the 19th Century boulevards of Paris that sees the city as visual spectacle (de Souza e Silva and Sutko, 2009). In the sense that the flâneur re-appropriates the city space of work, routine and purposeful activity with random walks, a parallel can be drawn with the Situationist International subversive activity of dérive. As a challenge to what Guy Debord perceived as the increasing commercialization of everyday life in 1960’s Paris, dérive is described by Hjorth (2011) as a strategy of drifting through geographic space. An experimental behavior that radically revises usual motives, actions or traditional routine ways of being in the city.

Holly Gramazio speaking at today’s Future Everything conference described a less well known urban gaming precedent — the treasure hunts organized by local London newspapers at the beginning of the 20th Century. In an attempt to increase circulation, newspapers such as Dispatch, created national treasure hunt competitions, with cash prizes for those able to follow the weekly clues to locate concealed medallions. In response to complaints about damage to property and violence that occurred as crowds congregated on specific sites to dig for the buried medallions, Earl Desart (Director of Public Prosecutions) wrote to the proprietors of certain newspapers and the competitions were eventually halted.

Certainly in the case of the texts by Hjorth (2011) and de Souza e Silva and Sutko (2009) the  the flâneur and dérive strategies seem to be important jumping off points for thinking about cities in relation to gaming. But, hearing Gramazio speak today about the treasure hunt riots, made me question whether there are less well covered genealogies of urban gaming that could be further explored, to help us better understand contemporary urban gaming practices and effects.

The treasure hunt riots that Holly Gramazio’s referenced in her talk at Future Everything today are covered in detail on this website:http://www.planetslade.com/treasure-hunt-riots1.html