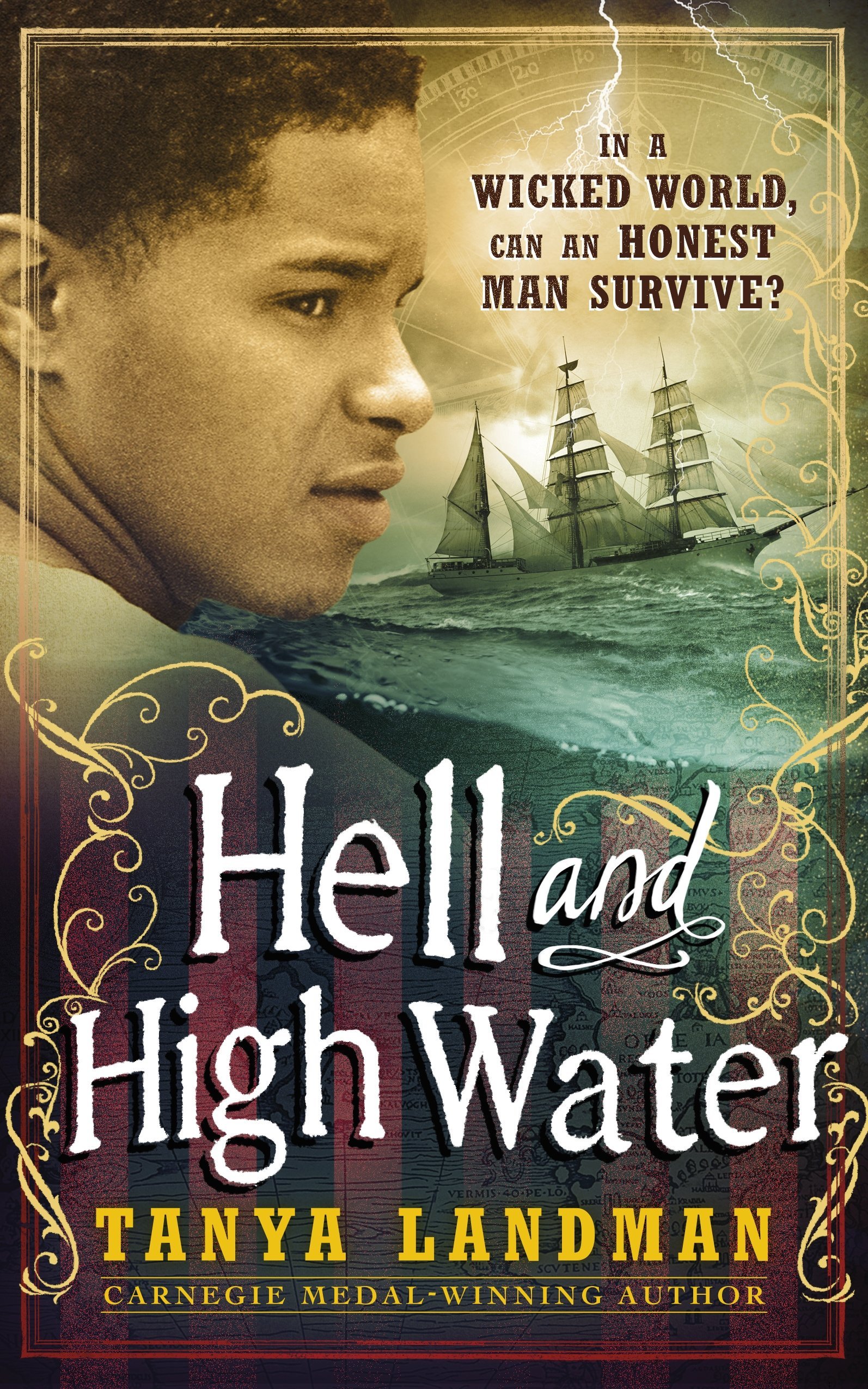 Hell and High Water is one of those books where you’re desperate to get to the end so you can find out what happens, but then all of a sudden you’re finished and find yourself wishing you were still plunged in the midst of this exciting story. Aimed at ages 12+, Hell and High Water is thrilling historical fiction at its best.

Inspired by the real-life villainous activities of the 18th century Devon landowner and MP, Thomas Benson, Hell and High Water is set around the coast of the West Country and features a mixed-race boy called Caleb as the main character. Caleb knows nothing of his dark-skinned mother and has grown up working with his father as a travelling entertainer. Together they amuse crowds with their lovingly crafted Punch and Judy show and earn just enough to keep them clean and fed. During one such show in Torcester, Caleb’s father is wrongly accused of stealing a purse, and despite the intervention of their friend the bishop, he is sentenced to transportation to the colonies.

Alone and without the protection of his white father, Caleb follows his father’s instructions and makes his way to the coastal village of Fishpool to an aunt he never knew he had. His aunt is shocked to see him, as are the villagers who look on him with suspicion, but she takes him in and so begins a new life with his aunt, her baby, and his aunt’s step-daughter, Letty; a fiery strong-willed girl his age who is awaiting her father’s return from his ship’s voyage. Wandering the shore one morning in search of firewood, Caleb discovers the body of a drowned man and closer inspection of the ring worn on his hand reveals the man to be his father. Horrified, Caleb goes in search of someone to help him carry his father’s body from the shore, but on return he discovers the body has disappeared. To his bewilderment, the local parson and the wealthy landowner, Sir Robert Fairbrother, claim the drowned man wore no ring and was not Caleb’s father but a sailor called Thomas Smith. And so begins Caleb’s quest to discover how his father died and why Sir Fairbrother is so intent on covering it up. In doing so, Caleb stumbles into world of secrets and lies where nobody is as they seem.

The story is a real page-turner, and you will be with Caleb every step of the way, uncovering a little bit more each chapter until all is revealed in the final thrilling pages. Both of the main characters, Caleb and Letty, face prejudice because of who they are; Caleb for being mixed-race and Letty for being born a girl who would rather be a sailor than a seamtress. So it is rewarding to see how these two team together to take on the people who held so much power in the 18th century.

The author, Tanya Landman, won the prestigious Carnegie Medal in 2015 for her previous book, Buffalo Soldier, and this latest book looks has also proved a hit, with nominations for both the UKLA Book Awards 2017 (12-16+) and the Guardian Children’s Fiction Prize 2016.