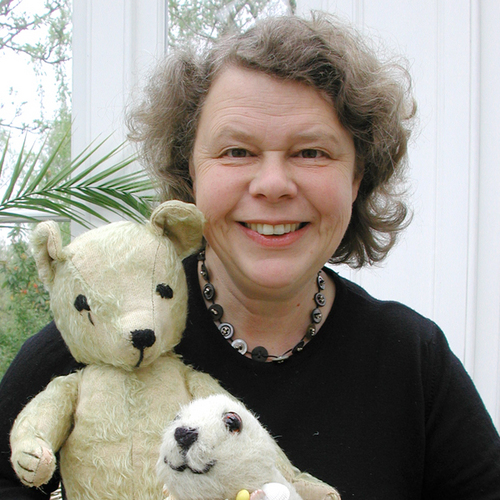 Former student Jane Hissey has brought dozens of her finely crafted illustrations back to the university as part of a touring exhibition to celebrate her most famous character’s thirty years as a children’s favourite.

Open until 20th November, Old Bear and others can be seen in the corridor and cafe foyer gallery at Grand Parade, University of Brighton.

Richly illustrated in coloured pencils, Jane’s books feature soft-toy characters and everyday objects that belong to her or her family. ‘Old Bear’ himself was given to her by her grandmother when she was born. He has travelled with Jane throughout the world; to schools, libraries and literary events, becoming increasingly worn and threadbare but recognisable to millions of Jane’s readers.

Jane studied Illustration BA(Hons) at Brighton, and she is reuniting former students and tutors at a celebratory event during the exhibition. Her first book sold seven million copies worldwide, topping the public lending rights list for more than a decade. The 40 episode television series of ‘Old Bear Stories’ won many international awards including a BAFTA and a NY Film Festival Gold Award.