It’s nearly the end of  this year’s Black History Month which takes place annually in October, and I wanted to take the opportunity to point out a selection of excellent recent children’s novels which explore various periods in Black History:

My Name’s Not Friday by Jon Walter (David Fickling). This is the second novel by Brighton author Jon Walter and has already been longlisted for upcoming children’s book awards. The story is set near the end of the American Civil War and is narrated by an educated orphaned boy called Samuel who is tricked into slavery after protecting his brother. As well as losing his freedom, he loses his identity and is renamed ‘Friday’ by the horrible slave trader. Samuel’s belief in humanity and a just God is severely tested in his new life on a farm where everyone, slaves and owners, are either eagerly or nervously awaiting the arrival of the liberating Union army from the north. Look out for the name of one of our lecturers in the author’s acknowledgments! Ages 9+

Buffalo Soldier by Tanya Landman (Walker). This winner of the 2015 Carnegie Medal explores both race and gender inequality. The story is set at the end of the American Civil War and follows Charlotte, a recently freed slave who finds that life is just as dangerous for her as free black girl in the south. After witnessing the brutal rape and murder of her mother, and with no other prospects, Charlotte decides to disguise herself as a man and becomes Charley, a ‘buffalo soldier’ in the army. When she is sent to fight against another marginalised group, the Apache Indians, the parallels between the treatment of the slaves and these ‘savages’ cause her to question her role in the army and the true meaning of freedom. The story is narrated in the first person by Charley and you experience the events through her very observant eyes. This is a gripping story about prejudices and the after effects of the Civil War, and was inspired by the true account of Cathy Williams, a freed slave who joined the army as William Cathay. Ages 13+

Noughts and Crosses: The Graphic Novel adapted by Ian Edginton from the original book by Malorie Blackman, and illustrated by John Aggs (Doubleday Childrens). The new graphic novel adaptation of Malorie Blackman’s powerful tale of prejudice featuring the oppressive Crosses and the inferior Noughts. Interestingly the format has a crucial effect on the story (as one of our students pointed out) as the illustrations immediately give away the twist which means readers won’t get the same ‘Oh’ moment they would from the novel.  However, the new format opens up the story to a wider audience including reluctant readers and as a crossover into novels from those who only read graphic novels. Ages 13+

Lies We Tell Ourselves by Robin Talley (Mira Ink). This novel, set in the U.S. during the late 1950s, tackles two big issues when a relationship develops between two girls, one black and one white. The story has two narrators – the first is Sarah, one of a handful of black students who begin classes at a southern high school which doggedly held out against de-segregation by closing the school until forced to comply with the new laws. Sarah and her friends are acutely aware of their precarious positions as their parents have impressed upon them the need to ignore the taunts and prejudice they will encounter as they know that the school is looking for any excuse to label the group as disruptive. The discrimination and violence that the brave students face is horrific with the lengths they go to just to attend school heart breaking. The second narrator is Linda, daughter of the town’s most outspoken racist, and someone whose blind belief in her father’s ideologies remains unquestioned until she meets Sarah. The use of the dual narrative is a powerful way to explore changing perceptions. This story is based on true events in Virginia, where the governor did actually close schools in order to prevent integration. Ages 13+ 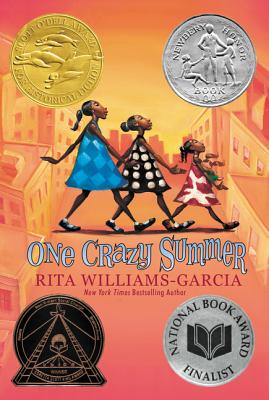 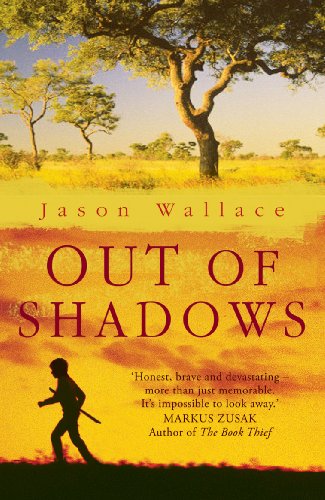 A few others that I haven’t had the chance to write about but are also excellent novels for exploring periods in black history (and are all award-winning books) are:

Brown Girl Dreaming by Jacqueline Woodson (Nancy Paulsen Books). A fictionalised memoir told in verse of the African-American author growing up in during the 1960s and 70s. Ages 9+

One Crazy Summer by Rita Williams-Garcia (Amistad). A child’s-eye view of the Black Panther movement in the USA during the late 1960s. Ages 11+

Out of the Shadows by Jason Wallace (Andersen). Set in Zimbabwe in the 1980s at the start of Robert Mugabe’s rule.  Ages 13+