February has been a busy month for book awards with the prestigious USA Caldecott and Newbery Medal winners announced as well as the highly anticipated longlists for the CILIP Carnegie and Kate Greenaway medals and the Branford Boase Award and the shortlist for the Waterstones Children’s Books Prize. Combine that with the UKLA Book Award longlist and the Blue Peter shortlist which have already been revealed, and you have an instant collection of new titles which have already been picked out as excellent examples of children’s books. There are a few titles that have appeared on more than one list so might be worth watching out for. They include The Promise by Nicola Davies and Laura Carlin (ages 5+), The Rules of Summer by Shaun Tan (ages 7+), The Boy in the Tower by Polly Ho-Yen (ages 9+), Cowgirl by Giancarlo Gemin (ages 9+), Scarlet Ibis by Gill Lewis (ages 9+),  Smart by Kim Slater (ages 9+), Half Bad by Sally Green (ages 11+) and Trouble by Non Pratt (ages 14+). The Adventures of Beekle: The Unimaginary Friend by Dan Santat (Little, Brown and Company)

Nana in the City by Lauren Castillo (Clarion Books)

The Noisy Paint Box: The Colors and Sounds of Kandinsky’s Abstract Art, by Barb Rosenstock and Mary GrandPré (Alfred A. Knopf) 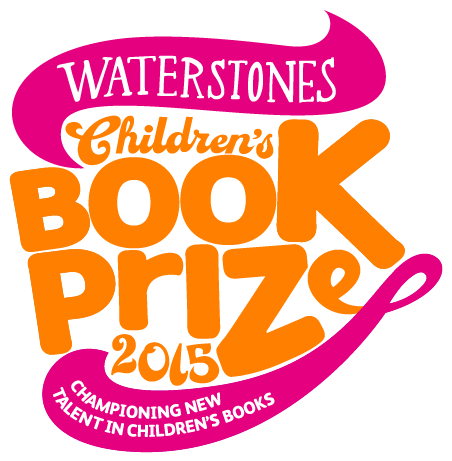 Blown Away by Rob Biddulph (HarperCollins)

Where Bear? by Sophy Henn (Puffin)

Girl with a White Dog by Anne Booth (Catnip)

Violet and the Pearl of the Orient by Harriet Whitehorn, illustrated by Becka Moor (Simon & Schuster)

Half Bad by Sally Green (Penguin)

Only Ever Yours by Louise O’Neill (Quercus)

The Award is made annually to the most promising book for seven year-olds and upwards by a first time novelist.

The Year of the Rat by Clare Furniss, edited by Jane Griffiths (Simon & Schuster)

Half Bad by Sally Green, edited by Ben Horslen (Puffin)

Boy in the Tower by Polly Ho-Yen, edited by Carmen McCullough and Lauren Buckland (Random House)

The Dark Inside by Rupert Wallis, edited by Jane Griffiths (Simon & Schuster)

What If? by Anthony Browne (Doubleday Children’s Books)

The Something by Rebecca Cobb (Macmillan Children’s Books)

Shh! We Have a Plan by Chris Haughton (Walker Books)

The Great War: an Anthology of Stories Inspired by Objects from the First World War by Jim Kay (illustrator) and various (authors) (Walker Books)

The Rules of Summer by Shaun Tan (Hodder Children’s Books)

Us Minus Mum by Heather Butler (Little Brown, Young Readers)

The Company of Ghosts by Berlie Doherty (Andersen Press)

Monkey and Me by David Gilman (Templar)

The Middle of Nowhere by Geraldine McCaughrean (Usborne Books)

More Than This by Patrick Ness (Walker Books)