Students will be supported to study and work abroad following the university’s successful bid for funding from the government’s new Turing Scheme.

Canada, Japan, the United States, Hong Kong and Malaysia are among the destinations where Brighton students will be funded to take up life-changing education and training placements – alongside European neighbours including Germany, France, Netherlands, Sweden and Denmark. Partner institutions include leading universities and centres of learning, plus global brands such as Nike and Disney.

Living, working and studying overseas offers huge benefits for students. Graduates who work or study abroad during their degree are less likely to be unemployed, more likely to have earned a first or upper second-class degree, more likely to be in a graduate-level job and earn more than their counterparts. 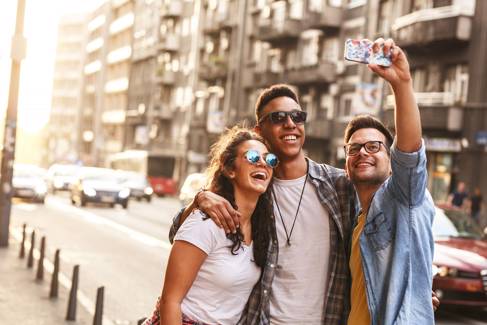 These benefits are even more pronounced among students from disadvantaged backgrounds and underrepresented groups, who together make up around 30% of the University of Brighton’s student population.

To help tackle the barriers some students face, the new scheme provides a range of support including funding for travel and expenses such as passports and visas, as well as a grant for living costs.

Prof. Debra Humphris, Vice-Chancellor of University of Brighton, said: “Studying abroad can be a life-changing experience. It gives our students the chance to immerse themselves in a new culture, make friends from around the world and be part of a vibrant global community.

“Opening up the opportunity to study and work abroad to more students, and in particular those from disadvantaged background and underrepresented groups, was a key focus of our funding bid. The Turing Scheme, and the support package we’ve been able to put in place will help make a transformational difference for students.”

The Turing Scheme is named after pioneering UK war hero and father of modern computing Alan Turing, who studied abroad at Princeton University before going on crack the Enigma code in World War Two. It has replaced the UK’s participation in the EU’s Erasmus+ programme.

The funding received by the university has helped fund a dedicated international placements manager to oversee the application process and make sure students have the support they need before, during and after their time abroad. Working with the university’s Careers and Employability team, they will make the necessary arrangements with partner universities and employers and help students to arrange travel, accommodation and paperwork such as insurance.

The application process for University of Brighton students to study and work abroad during the 2021-22 academic year will open in September.