I’m catching up with various other top Brighton folk who made it through Inktober, and top of the list is our zinetastic Information Advisor Siobahn Britton

And Pauline who switched to twitter only posting half way through:

Duncan has shared some more of his Inktober drawings. I’ve put all my Inktober sketches into a single file, and have exported it as epub using the tools in Adobe InDesign. This should allow the file to be rendered in ibooks and Kindle, although only the actual real Kindle device version, as Amazon don’t support fixed layout for just kindle apps (which is weird).

The process took about an hour and is a good example of image file compression, a topic I’ve been explaining to students at Grand Parade recently. They need to understand how to maintain image quality but maintaining a smallish file size, primarily to make sure their documents are under the 40Mb Turnitin limit.

I took the original 1000x1000px .png images and exported them as .jpgs with a 60% compression which reduced their size to around 150Kb (a good target), then placed them on pages in InDesign. Once they were all laid out I exported as .epub and added a cover image.

I’ve also exported as a .pdf which comes out at just 3.9Mb

a is for axe epub

a is for axe pdf

Scarlett has made a video of the Inktober wall up in the Litho Studio with is super impressive, if you get a chance you should really go and see it.

As October has finished the Inktober wall is now complete. It’s been fantastic to see it grow over the month and to see so much drawing happening. The drawings will be up for the rest of the week so come and have a look while you can. #printmaking #fineartprintmaking #schoolofart #universityofbrighton #BAfineart #BAprintmaking #printmakingdegree #inktober2017 #brightinktober #brightonFAPinktober

A post shared by Fine Art Printmaking Brighton (@fineartprintmaking_uob) on Nov 1, 2017 at 9:49am PDT

Last day of Inktober 2017, and I think we’ve had some successes.

Some folk didn’t make it to the finish, waylaid by colds, and work, but there are a number of folks who have lasted the distance. I’d have loved to have seen a few more students involved. Perhaps Next Year.

Nina who professes not to like drawing really got into the swing of things drawing her favourite cartoon characters on her commute: Katie Piatt got into her groove once she went digital drawing as befits our elearning leader:

Scarlett stayed strong throughout doing blind contour drawings right through, AND making stop motion videos of the process, AND collating the Inktober wall in the Litho Studio. 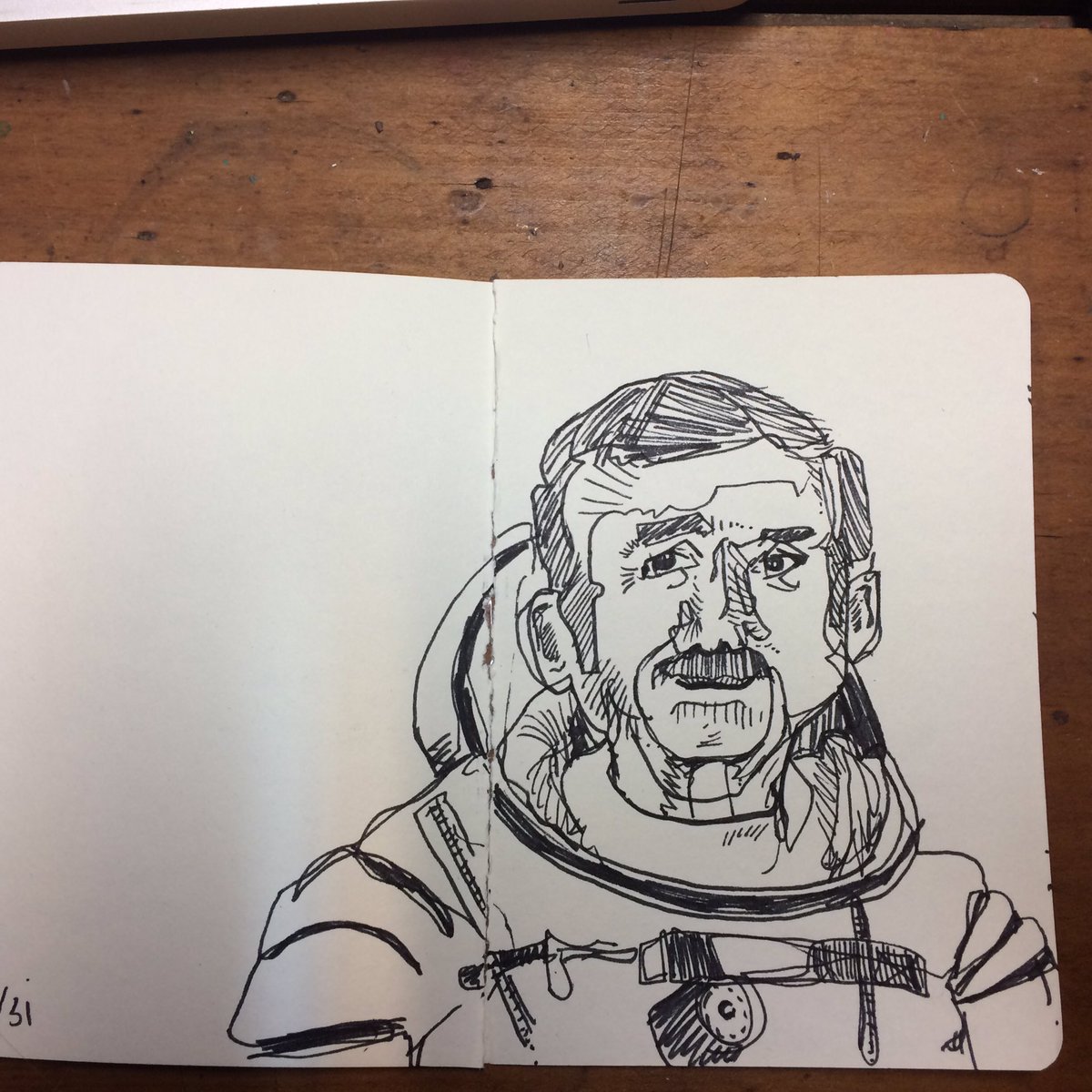 Claire documented her travels to the states with some fantastic landscapes: 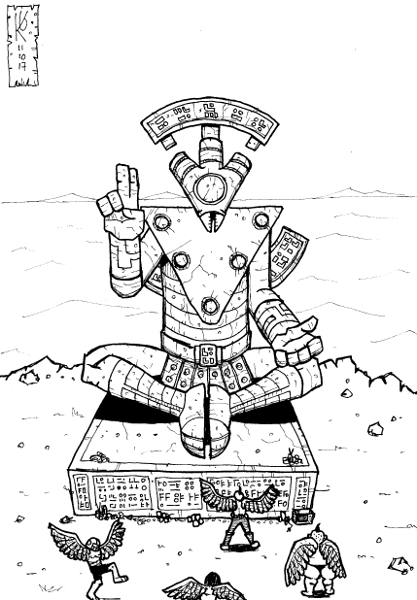 …and I made it too 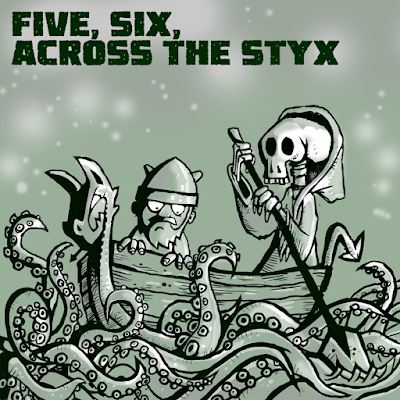 I’ve just watched a webcast with Jake Parker, the chap who started the whole Inktober thing. In 2007 Jake started a weekly prompt blog to encourage artists, whilst he was working at Blue Sky on the film Rio.
Jake wanted to get better at drawing with a Brush pen, and just decided to challenge himself on the blog, and bluffed that Inktober was a thing, and so it was.
One of the folks on Drawn.ca reblogged the post, and it gradually grew until around 2012 when social media like Instagram started to become more ubiquitous, and the hashtag took off.

At the start of October 2017 there were around 3 million posts tagged with Inktober on Instagram.
Jake has a bunch of Inktober books folk have sent him, it’s not a real money spinner for him although, he sells some books.  it is becoming more time consuming, and has lead to some sponsorship opportunities.

It has encouraged Mermay,  Samugust, and March of the Robots, and Jake also does art drop day, where artists leave art around the place, and “Draw 100 somethings”, which is a year long challenge, but Inktober is by far the most successful. As it grows he’s really looking forward to when Inktober gets picked up by folk who wouldn’t call themselves artists, which is very much in line with the Big Draw ethos.

I think I’d like to have a go at March of the Robots.

When we highlighted the Inktober wall up in the Litho Workshop we had a number of people asking to see Scarlett doing her Blind Contour Drawings.

A Blind Contour drawing is where the artist draws an image looking directly at a reference without checking their drawing.

So here by popular request are a couple of short time lapse videos of Scarlett at work.

One of the best things about Inktober is getting to see what other folk are doing. Every time I start thinking to myself, I’m doing alright, I see something new that challenges me. Yesterday I was feeling quite chuffed that I’d managed to make it to day 18, then I got an email from Scarlett sharing the stuff that Ray Dennis our screenprinting Technical Demonstrator has been working on for Inktober, and I realised I need to up my game.

If you haven’t started Inktobering yet, there’s still time to join in, and it is a great opportunity to learn. Even if you only join in for a day, ink something and post it online today with the hashtags #brightinktober, #inktober and #inktober2017 and we’ll feature it here. So yesterday I experimented with my current ipad pro and the cheapo wacom stylus. It was workable, but not a great experience. I didn’t think I cared about pressure sensitivity affecting line thickness, but when I don’t have it it turns out to be a bit of an issue.

The same was true using the stylus on my old ipad air. It seems I need a bit of pressure sensitivity for things to feel right. So I dug out a Wacom CS600 creative stylus2. This device uses bluetooth to connect, and offers pressure sensitivity, and a couple of mappable buttons.

It was horrible. The pen allows a range of settings for “writing style” all of which seem to offset the pen tip too much, so the point of contact isn’t the point being inked.

The ipad pro and the pencil is definitely the best drawing set up I’ve come across, and it would be good to compare it to something like Jeremy’s Wacom Companion tablet, or a generic microsoft surface. I’ve a few more bits of drawing tech to test, and will post the results here as I go. In the words of Bon Jovi…”Whoa! Half way there!”

I’ve been super impressed by the dedication of folk to Inktober, and have been learning an awful lot myself. I’ve changed my entire workflow from paper/photo/photoshop to ipad pro and pencil with Autodesk sketchbook. This week I’m going to try and find the edges of that setup, and whether it’s the Pencil that makes it work, or the app itself. Today I’m going to swap out the Pencil for my old Wacom Bamboo stylus. It’s totally non active, being basically a rubbery tip on an aluminium stick. On the plus side it’s far cheaper than the Pencil, and works on older iPads too. Today I’ll try it on the ipad pro, tomorrow my old ipad. Just a public service announcement that you’ve got about 15 days left depending on your time zone. – If you missed a few days, don’t worry, just start fresh today! – If you haven’t started yet, don’t worry, you can still knock out 15 drawings this month! – Btw, you guys are killing this challenge! 2 million posts so far! Really proud of you! ? – Alright, quit surfing IG and go get something done today! #inktober2017 #inktober

I’ve been digital inking the last couple of days, drawing directly on an ipad pro with an apple pencil. I’ve used Autodesk Sketchbook, and have to say it’s been really very intuitive.

When I’ve tried this sort of setup in the past with a wacom Creative Stylus and an ipad air it was a bit of a fight, so it seems the technology has settled down. The Pencil connects without a fuss, and automatically turns off other rogue touches from fingers and palms, meaning I don’t have to hover my hand in the air. The system is sensitive enough to know when I’m pinching and dragging though, very clever. The line control is good, and the pressure sensitivity gives a bit of variation. I’ll carry on with the ipad sketching this week, and maybe dig out the old ipad and wacom stylus to compare.

Meanwhile at Moulsecoomb Marion has been sketching her chickens for inktober.