The interesting thing about Manhunter (1986) is that it’s a movie based on a Thomas Harris movie, created by an auteur director. The basic nature of being an auteur filmmaker (total creative control) collides with working on a project already written by someone else.

While Silence of the Lambs is the iconic one, Manhunter is the first film to feature the fictional serial killer Hannibal Lecter. Changed to ‘Lecktor’ in the movie for no known reason. The story follows Will Graham, a brilliant FBI criminal profiler as he struggles to hunt down ‘the tooth fairy’, a brutal serial killer on the loose. The killer strikes periodically, putting Will in a time restraint before he strikes again.

Michael Mann movies take a long time to make and he describes himself as a perfectionist. These are good indicators of an auteur filmmaker.

Mann’s most distinctive characteristics are his visuals. He’s seemingly obsessed with lights, creating beautiful images out of ordinary environments. 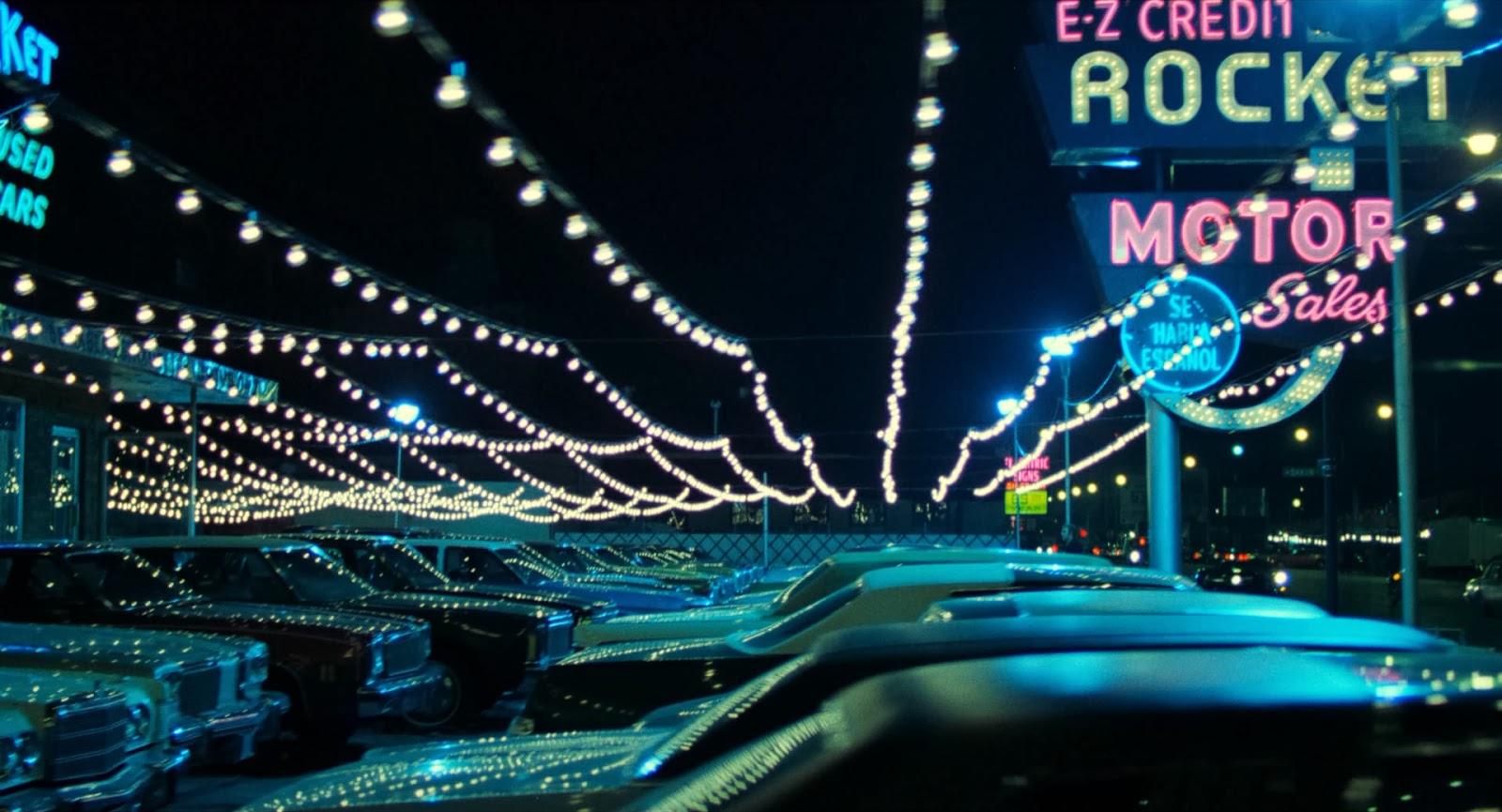 The way he uses music is also quite unique. Nowadays, music is often created specifically to be meant as the background, taking no attention from the visuals. Mann uses music to elevate a scene. In Manhunter, Will Graham finds out the whereabouts of the killer in his office. He’s in a different state as the killer, there’s no danger and he is surrounded by police. On paper, there’s nothing exciting. With the music, it becomes the ultimate triumph of the movie. In some scenes, he may have gone too far. There’s a sequence where the killer stalks his new victim, which feels almost like a music video. Mann also used music in his iconic show Miami Vice. The scene most admired by fans is of the main characters cruising Miami during the night in their slick black ferrari. Again, nothing interesting happens, but Phil Collins’ In the Air Tonight makes this the most famous scene of the entire show.

All Mann’s movies feel very observational. As an audience you are essentially a fly on the wall, peeking into the lives of characters you would have never met in real life. These can be serial killers, prisoners, professional bank robbers, hackers or even a Mohican chief.

Thomas Harris let the studio adapt his novel again, thus we got to see Red Dragon. This time made as a prequel to Silence of the Lambs, the movie is directed by Brett Ratner.

Ratner is credited with fairly good movies, however he is considered to be a studio yes-man by many of his followers.

Having two stories, one made by an auteur filmmaker and one made with the director playing it safely, gives us a unique chance to appreciate Mann’s talents.

Despite the fact it’s often looked down upon, horror is a genre that was explored by great cinematic minds such as: Stanley Kubrick (The Shining), Ridley Scott (Alien) or William Friedkin (The Exorcist).

Due to its requirements from the audience, horror may feel quite limiting. The tense scenarios a person expects often require  a secluded setting. It can be a cabin in the woods (The Evil Dead), a Texan farmhouse (Texas Chainsaw Massacre) or even a spaceship (Alien). Also, many of them are at least partially set in dark environments to make them scarier. Tobe Hooper’s Texas Chainsaw Massacre is partially an exception, as well as Ari Ester’s Midsommar. Latter being a true exception.

Atmosphere is important in any movie, but it’s never as important as in horror movies. Adults remember the way horror movies touched them despite not seeing them since their childhoods. This is where the filmmakers can excel at their creativity. The ocean in Jaws is just as atmospheric as a brutally isolated research station in The Thing. Atmosphere isn’t something that can be easily recreated. Blair Witch is scary due to the fact we know about the urban legend of a witch in the forest and the actual story of a serial killer in those woods. The Shining is a strong contrast, as Kubrick never reveals the story’s full hand, making the audience guess just how powerful the Overlook really is. Backstory isn’t the only thing that creates the atmosphere. It’s also the camera work, the music (or often lack of it), the setting, editing… The list could go on and on.
Visually, filmmakers have also proven to be very creative. One expects a horror movie to be colorless, but some of the most visually striking movies are horror movies. The Thing’s color palette is beautiful, surprising us with deep blues, reds and purples. Dario Argento’s Suspiria almost looks like the answer to the question ‘What if Wes Anderson decided to make a horror movie? As I said, horror has certain expectations from the audience. Most movies still require body counts, loud jumpscares (especially the studio horror movies) and an opening scare, which often ruins the revelation later on in the movie. Good example being the remake of Sam Raimi’s Evil Dead. This is why many people feel intimidated to attempt creating a quality horror story.

What’s interesting is that horror is the genre with the most famous cliches. People who don’t watch movies know about all the infuriating things that happen in horror movies over and over again. People stupidly tripping over in the worst possible situations, things appearing in the bathroom mirror and the killer walking instead of running (Michael Myers, Jason Voorhees). Wes Craven created Scream as a response to all of these, proving how creative a person can truly be despite all the limitations.

A short film created as an experimentation to think about the aspects of film.

Out of Sight V2

Full script to my fiction short. Part of this task is only the first page. The goal of this first page was to setup the characters and the world these character live in.

A short film created to put myself in the shoes of someone who lived in the years the first cameras were invented. It reveals how limiting the technology was and how creative original filmmaker needed to be to pull of the process of making a movie.

Mis en scene: elements that appear on camera and their arrangement

pan/track/zoom: moving the camera sideways/ following an object with the camera/ getting a closer image of something

psychoanalysis: cinema’s relationship to an ideology

suture: technique to make the audience forget about the camera to stitch them into the story/world

montage: mixing separate actions in editing to create one whole